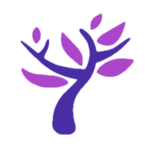 Great general practice in our community

Members of this team

What this team has been up to: